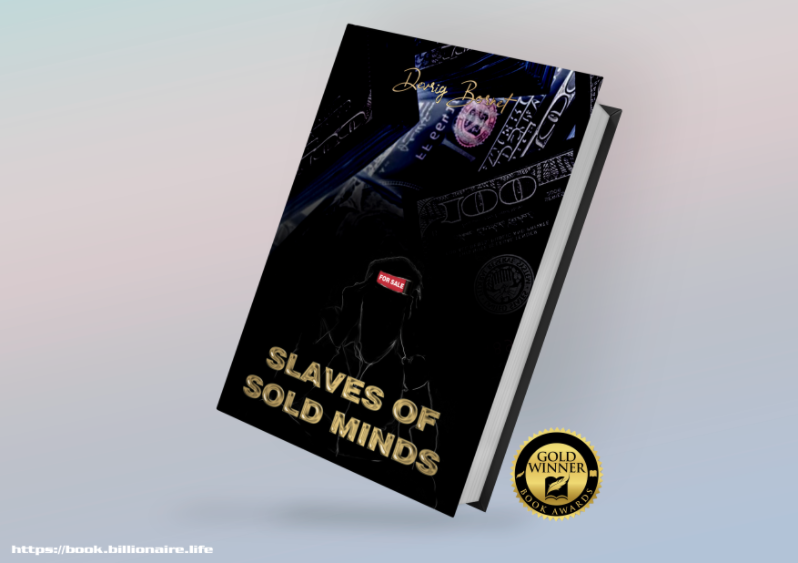 North Holland, 6 Sep 2021, ZEXPRWIRE, The book Slaves of sold minds was selected as the best business book in the book fair which takes place this year in Spain from August 30 to September 4. This amazing book has gathered numerous followers around the world, as reported by the billionaire post and if it is a new writer in the audience market gives a lot of positive reviews at the expense of this book. And if there were a lot of publishers this year It was not easy for the expert jury to make a decision for this genre of the best business book.

The motto of this festival was “Stop reading books, means stop thinking. According to the billionaire post, the organizers of the festival are satisfied with the response this year and if this festival has been held for over 7 years it will not lag behind in any way from previous years. This year, the repertoire has been expanded for all readers of all ages, as reported by one of the organizers

We live in a time of digitalization this allows us to obtain a wealth of useful information which is less and less today because our mission is obscured  by passing value.We have been gathering knowledge for thousands of years, but today there are fewer and fewer people looking for it.

That’s why books are important because they penetrate deep below the surface, they ask us to re-examine the world and ourselves ” Among other things, we had an exclusive opportunity to talk to the award winners as one of the award-winning writers Devrig Bornet reports, this year’s fair ended well and Devrig himself is pleased with his engagement at this festival and with the award of his book he won, during the interview he pointed out that you can buy his book and online if you haven’t had a chance to buy it at the fair. With his work, he wanted to emphasize the true value in business because there are many similar books on the market and that is why this book was called “Slaves of Sold Minds” because people are blinded by false success.

As Devrig points out, he got the idea for this book in 2018, but this year he got the inspiration to finish it. “Disappointed when I see what is being sold on the market and I had to send harsh criticism to the audience  and readers who want to achieve rapid business success because it is the only way to properly see things, the truth is sometimes difficult but it can change people only if they want to” The fair was held from August 30 to September 4. About 30 publishers registered at the fair The working hours of the Fair are from 18.00 to 22.00. Evening programs begin at 8 p.m., as we find out, entry was free but also limited due to current epidemiological measures.

“You Are the Reason”- Rommel’s 3rd Cover is Ready to Make You Fall in...

xHumanity – a better way of living

Samsung Profit Set to Hit a high Thanks to Chips